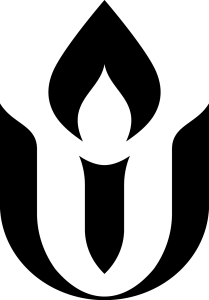 General Assembly delegates had overwhelmingly approved an Action of Immediate Witness (AIW) entitled “Support the Black Lives Matter Movement” only 40 minutes before the rally started—but before they raised their voting cards, they took an awkward and confusing tour through Robert’s Rules of Order.
“We must continue to support the Black Lives Matter movement and Black-led racial justice organizations,” the adopted resolution says. “The 2015 General Assembly calls member congregations to action, in order to become closer to a just world community…; urges member congregations to engage in intentional learning spaces to organize for racial justice with recognition of the interconnected nature of racism coupled with systems of oppression that impact people based on class, gender identiy, sexual orientation, ability, and languag…; encourages member congregations and all Unitarian Universalists to work towards police reform and prison abolition, which seeks to replace the current prison system with a system that is more just and equitable; and… recognizes that the fight for civil rights and equality is as real today as it was decades ago, and urges member congregations to take initiative in collaboration with local and national organizations fighting for racial justice against the harsh racist practices many black people are exposed to.”

WHEREAS, Unitarian Universalists strive for justice, equity and compassion in human relations;
WHEREAS, Unitarian Universalists have a goal of world community with peace, liberty, and justice for all;
WHEREAS, allowing injustice to go unchallenged violates our principles;
WHEREAS, the Black Lives Matter movement has gained powerful traction in conjunction with recent tragic events involving, in particular, police brutality and institutionalized racism that target the black community;
WHEREAS, Tanisha Anderson, Rekia Boyd, Michael Brown, Miriam Carey, Michelle Cusseaux, Shelly Frey, Eric Garner, Freddie Gray, Trayvon Martin, Kayla Moore, Tamir Rice, and Tony Robinson are just a few names of people who were recently killed by the racism that exists in the United States today;
WHEREAS, people of all ages and races are killed by law enforcement, yet black people ages 20-24 are seven times more likely to be killed by law enforcement;
WHEREAS, mass incarceration fueled by for-profit prisons and racially biased police practices drive the disproportionate imprisonment of black and brown Americans;
WHEREAS, the school-to-prison pipeline is an urgent concern because 40% of black students are expelled  from U.S. public schools and one out of three black men is incarcerated during his lifetime; and
WHEREAS, we must continue to support the Black Lives Matter movement and Black-led racial justice organizations ….. Read More